The Changing Face of Video

Perhaps because it’s snuck up on us we don’t see it for what it really is. The change has been both subtle and dramatic. Although it may have felt like an evolution, in reality, it’s been a revolution. 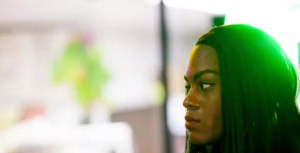 For the record, a few observations:
–       Reportedly, 75% of online content consumption is video-oriented.

–       More people are watching video online than on television.

–       Time-shifting and commercial-zapping have become a way of life for many of us. So it should come as no-surprise that advertisers pay a premium for commercials on “interactive” shows – like American Idol or America’s Got Talent – and other events that need to be viewed in real time, such as major sporting events.

–       More and more of our video entertainment content has left the commercial TV world and is now distributed through a subscription format.

–       The smartphone and the tablet are the killer apps of this generation and have played a big role in how we consume – and develop — content (in fact, the critically acclaimed film “Tangerine” was shot by Sean Baker exclusively on iPhone 5s!).

–       Brands that never could have considered video/TV in the past, now can due to the aforementioned tectonic shifts in video production, distribution and consumption.

So what do these seismic quakes in the video landscape mean for brands, big or small, consumer or B2B?

Well, first of all, you can’t just take the “old-school” video branding model (think P&G) and apply it to this new world order. In the past, viewers were held captive and forced to sit through commercials to view their desired content (unless, of course, they took a bathroom break). That is no more. Now brands have to earn their viewership; if a brand’s video content is turgid and breast-beating (again, think P&G circa 1980s), that won’t fly anymore. Today’s brand videos have to engage, humor, educate and otherwise reward the viewer for his/her attention.

How have some of the best online brand videos done it?

Harkening back to the old adage by Marshal McLuhan — the medium is the message – they’ve done it by adapting their brand messaging strategy to the medium, not trying to force fit the old method of brand video communications into these new formats. 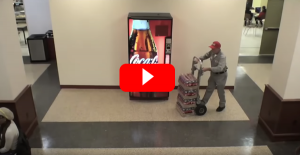 Some of the very best brand videos used hidden camera (Coke’s “Fun Machine,” Ford Mustang’s “Speed Dating”), mini-movies (Prada), and highly experiential techniques (Dove’s “Beauty Patch,” Wren’s “First Kiss”) – all key components of our new video landscape. And each of them engendered interest, intrigue, and, yes, engagement, while still espousing the brand’s values. And those exact qualities are what made people share those videos via social media millions upon millions of times.

So what does this mean for a brand considering using video for the first time? Here are a few tips:

–       Find an Idea that Can Be a Platform for Your Brand Values. Coke leverages “fun” – one of its basic core values – in a piece that embraced almost all of today’s key video components. Dove celebrates a woman’s dignity in a very experiential piece. And so on.  Focus on your brand’s core values and then think of an approach which weaves them into the elements most organic to today’s video environment.

–       Encourage Sharing. This is easier said than done. But the more you engage, the more you reward your viewer — with either humor, information, a new perspective, an innovation, an unexpected twist, etc – the higher the odds they will want to share it with their friends.

In many ways, today’s video landscape is a brave new world. As a brand steward, you should enjoy it, have fun with it and master it!