The Future of Advertising

I thought it would be interesting to begin this blog series with a look at the future of advertising. (I like that because it’s impossible to be proven wrong!). But actually, I think it’s something worth pondering. 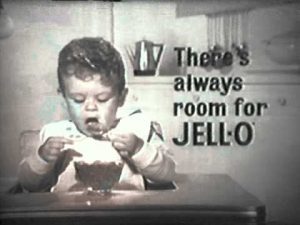 Remember when? I began my advertising career in 1978 at Young & Rubicam. Back then, most clients’ ad campaigns were executed in Television and shown on the three basic networks as well as local spot stations, or in Print and displayed in a variety of magazines running the gamut from newsweeklies to lifestyle to business pubs to all sorts of niche areas and, of course, out-of-home, running mostly on billboards in high-traffic locations and posters in or on public transit facilities.

Today we have hundreds of television channels, even more outlets to advertise on video, print magazines have become an anorexic shadow of their former selves and for all intents and purposes have been replaced by an online universe where we can talk to virtually whomever we want, whenever we want, however we want. Social media didn’t even exist back then and of course, what we used to call “out of home” has become “experiential” advertising (essentially “out of home” on steroids). Wow! When you look at it in that context, advertising and marketing communications have experienced a tectonic shift in the last 37 years.

So what holds for the future of advertising? Again, insulated by the inability to be proven wrong, here’s my look at advertising in 2052: 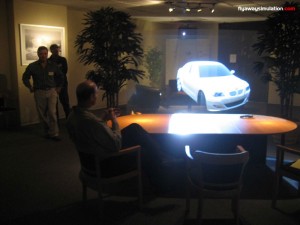 Holography will give advertising a whole new dimension.

Holography – You think you’ve seen 3D? Wait until the techies get holography right. What would it feel like if you’re walking through a supermarket and Mr. Clean tapped you on the shoulder espousing the virtues of his brand or suddenly a modern-day Mr. Whimple jumped out from behind the paper goods and implored you not to squeeze the Charmin. Think about it, bringing these brand personalities to life in full 3D, viewable from all possible angles and programmed to respond to your questions. Of course, this “experiential” use of holography is only the beginning. With the advent of holographic TV sets, think of the freedom creative people will have with commercials! 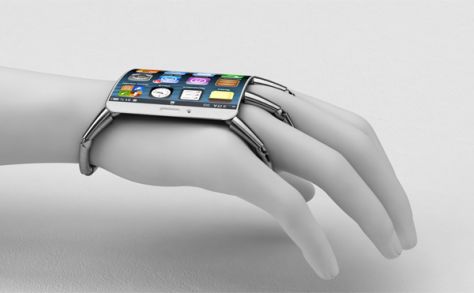 Will Big Brother be watching?

BioMetrics – We’ve heard the buzzword “wearable technology.” Right now, it’s only in its infancy. But once it reaches its full potential it could have a monumental impact on how we advertise. Suppose a piece of wearable technology tracks an individual’s vital signs and reports them to a central database. If that person has high-blood pressure, up pops an ad (be it video or online or experiential) for high blood pressure medication or low-salt foods. Is your heart pumping too fast? How about serving up some ads for sedatives, therapeutic centers or yoga meditation spas.

And, then, here’s my favorite: suppose we could measure someone’s brain waves. If someone is currently giving off alpha brainwaves (which means they’re wide awake and fully functional), then they may be open to receiving more complex messages – like financial services, insurance, technology, even political ads (although I hope, by then, political ads are a vestige of the past). And how about if someone is emitting theta waves (which means you are sort of in a daydream state, open to creative thoughts and ideas)? Perhaps an ad for an escape to some far off island or maybe a movie or video series would be appropriate. Of course, there will be all sorts of right-to-privacy limitations, but as a life-long advertiser I have to ogle at the potential of biometric advertising. 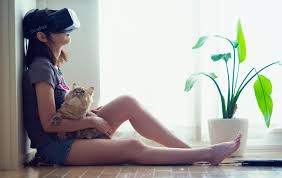 The distinction between what’s real
and fake will blur

Virtual Reality – Here’s my favorite. Today, virtual reality hasn’t even scratched it’s potential in terms of commercial applications. However, I do remember reading that the Dept of Defense already has a “virtual reality conference room” in which chiefs of state and military officers can put on a headset and visor and be transported into a virtual reality room, where it appears as if all participants – spread all over the world – see themselves as they would as if they were actually together around a conference table. So think of the implications: Budweiser could sponsor a “virtual reality biker bar” where bikers from California, New Jersey, Russia, and Germany can all sit together, share war stories and guzzle a few Buds. Or how about a virtual reality Starbucks? Or a virtual reality yoga class? Combining virtual reality with worldwide communities of interest could have massive implications. Advertisers wouldn’t be merely communicating with their prospects, they’d be providing them with environments which can deliver and enhance the product experience within a community of like-minded individuals. The medium truly would become the message. 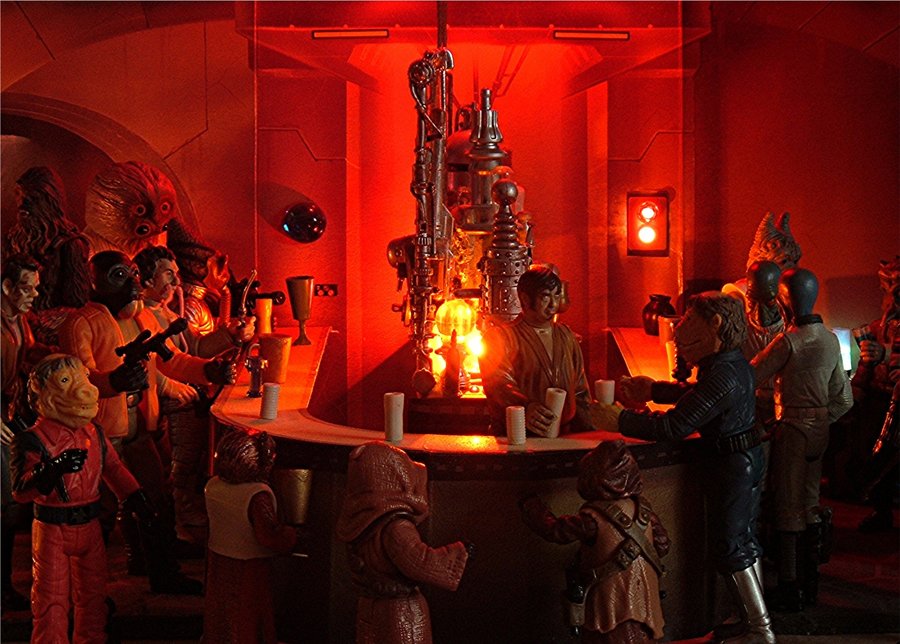 Perhaps virtuality will make this
sci-fi fantasy a reality

So those are my top three predictions for the future of advertising. From today’s vantage point, they may seem a bit far-fetched. But, if you’re a member of my generation, you probably remember watching Jell-O commercials on Leave It to Beaver on Channel 2 or looking over your mom’s shoulder as she cut out a recipe ad from Better Homes and Gardens or your dad driving by that humongous billboard with a tiger tail hanging off as it implored him to “Put a Tiger in Your Tank.” We’ve come so far in the last 37 years, it makes me anxious to see where we’ll be in another 37.